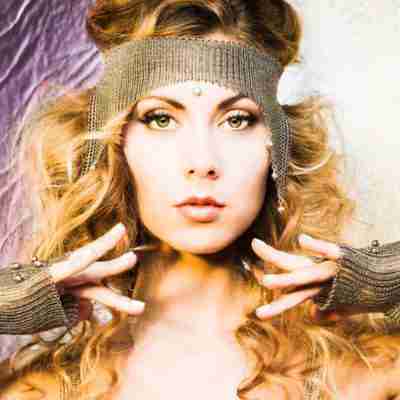 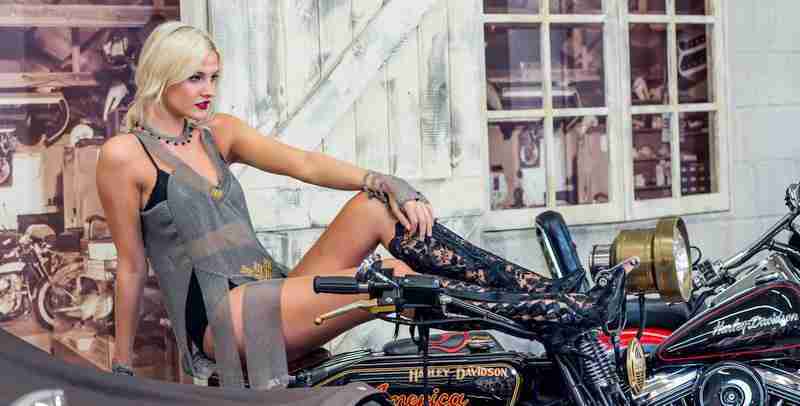 Go to Our Store to Find Out for Yourself

WELL, your lovely shawl and gauntlet were the hit of the wedding rehearsal cocktail party. I got a million compliments!
Thank you Elaine – I just love how nice these works of art feel and, make me feel when I wear them 🙂
Best
Maura

I bought your necklace at the Baltimore Craft Show. The only problem is, people keep asking me to take it off so they can feel it. If you receive requests from the Philadelphia area, they probably come from me — because I wear the necklace a LOT.

Referring to our newsletter: “Hopefully it highlights to others that these pieces are not just fascinating apparel, they are experiential and very personally expressive.”

“Fashion is the armor to survive the reality of everyday life.”

It’s the most comfortable piece of jewelry I own. People always come up to me and ask if they can touch it.

I got the scarf and IT IS WONDERFUL!!! I love it to pieces! Thank you again for your excellent work and my wonderful statement piece. May you have continuing success in all your endeavors! Hope to see you again.

We…just got back from D.C. and we went to…the Phillips Museum. And low and behold, in their gift shop was some of your mesh jewelry. Of course, there are a couple of necklaces that I bought my daughters and…my own necklace…that I always get compliments on. …it makes me very happy that other people will see your beautiful work.    J. W. Ventura, CA 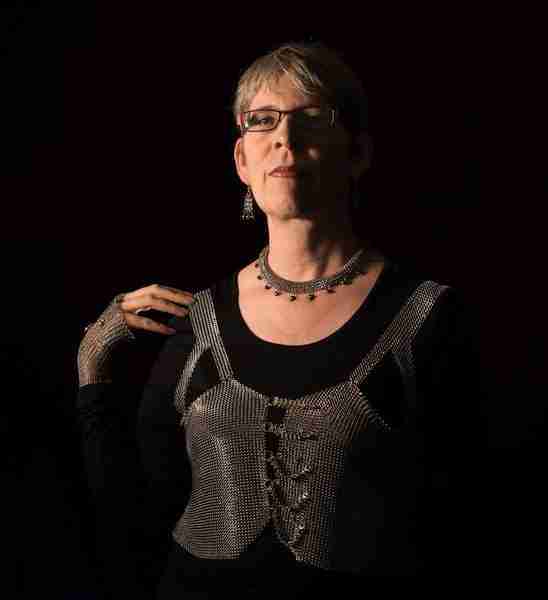 An international, award winning metal/jewelry artist with a Master of Fine Arts degree from Illinois State University. Her work has been featured at the Smithsonian and the Philadelphia Museum of Art. Through the Ojai Beatrice Wood Center for the Arts, “The Triangle Dress was displayed at SOFA Chicago in 2018. She was featured in Intersection: Art & Life by Kevin Wallace published by Schiffer Publishing in 2018 and Chain Mail Jewelry by Terry Taylor and Dylon Whyte published by Lark Books in 2006,. Her work has appeared in numerous magazines and  newspapers.

From the age of 7, I developed a deep connection to nature. My parents moved my two brothers and I to 8 acres of land in central Illinois. Surrounded by farmland and few neighbors, I sought refuge in being alone in nature. A special tree was my haven where I could feel the wind in my face, hear the birds, and oversee everything. It nurtured my strong intuitive side. And, also the ability to take notice of seemingly incidental details: the way the texture of the bark feels in my hands, the amazing delicacy of a hole in a leaf. Details for the beginnings of an artist and a big surprise for my parents as I decided to pursue an art degree.

Life as an Artist

After graduating with my M.F.A., I moved to Chicago where I married, divorced, and married again; this time the love of my life. That first divorce led me to discover myself through therapy. Yoga came in to brighten my soul and keep me calm – I still practice. And, the idea of having my own business in the arts came into being. In January of 1993, just before I was to appear in my first show the following month, my father passed away at the age of 56 of a heart attack. The shock of it pushed me to seek out a strong spiritual path. More than one spiritual healer appeared magically to help me deal with my father’s death.

I did continue with my business and along the way sought out soul growth and development. One of my artist friends was a Reiki practitioner who suggested I delve into Reiki and so I too began practicing Reiki. A substitute teacher for my yoga class pestered me into taking a Tai Chi Chih class. I was convinced before going that I wouldn’t like it; after all, yoga was working for me. I showed up for class, the sub was nowhere to be found (and never seen again), and kept going back. It was awesome and the Tai Chi Chih instructor encouraged me to become a teacher. Oh, and let’s not forget to say that I met my husband in one of my classes.

The nourishment of my inner self brought me to Ojai. Here, I began to create one-of-a-kind dresses and clothing from stainless chain mail, in addition to my jewelry. Women who tried on my creations said they felt confident, bold, ready to take on the world. I began to have a deeper understanding of what I do with my artwork and thought, “What if I could bring that feeling of empowerment forward for others in a new way.”

Kelsey Hellebuyck, a dancer with the Kansas City Ballet Company, wearing one of my scarves.

Sign-up to learn about my creative process, EarthHeart climate action news, as well as special sneak peeks and discounts.