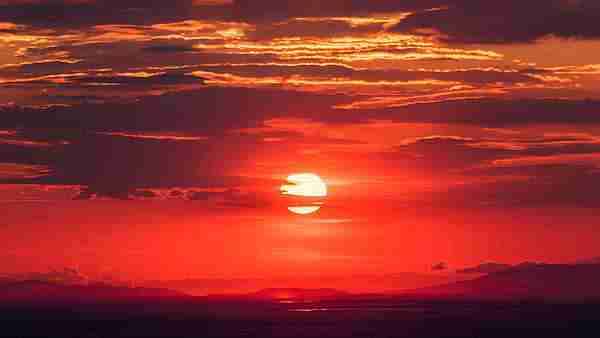 Who could have guessed that we would have so much frost in the latter part of December, early January? It’s a little colder than usual in southern California and I’ll admit I’m not used to it even though the cold of the Midwest is where I grew up with snow a norm for several months. But, hey, it’s a treat to wear the cuddly clothes for warmth and snuggling is definitely an advantage too.

What’s happening here in Ojai this month other than the cold? An exhibit titled “Ojai Visions” with the Ojai Studio Artists at the Beatrice Wood Center for the Arts opening January 15 and running through February 26 giving you plenty of time to see it. We’ll even have an Opening Reception Saturday, January 22 from 2-4pm provided it’s safe to do so. 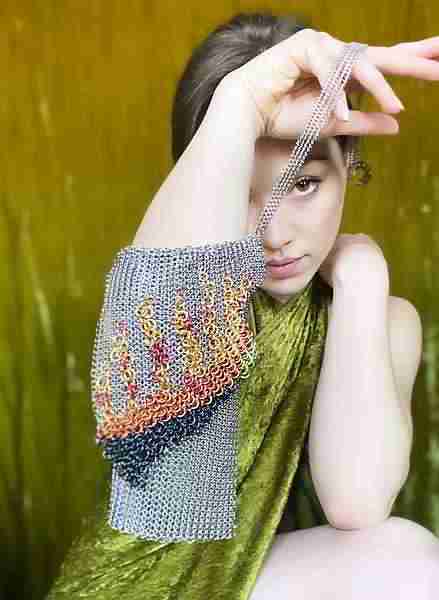 What piece did I feature? The “Emergence” purse which came about after the Thomas Fire raged through Ojai one December. I set about making an image of fire in anodized aluminum chain mail. How did I do it? It started with a basic drawing of the flame shape sitting on top of the flap. Since it is a more free form design the process was very labor intensive. Add a few rings and check back with the drawing to make sure it’s going in the direction I want, over and over again. The various colors represent the fire with the exception of a tiny patch of green to remind us of the new green shoots emerging. “Emergence” represents the feeling of the community coming together and renewing each other after the experience. It is 7-½” long by 4-½” wide and is valued at $750.00.

Being indoors has also pushed me creatively. And, I’ve come up with four new limited edition bracelets. Two, I’m calling “Connection” bracelets. They are both made with the Authentic Metal Lace cut on the bias, a narrow version and a wide version. You’ll notice that the mesh appears to have less gaps or openings and becomes a slinky sheet across the wrist; super comfortable as they move with your hands. Each time you wear it you’ll think about how each of us are connected. The “Connection” bracelets are our reminders of that connection. The Limited Edition narrow “Connection” bracelet at ½” wide is valued at $120.00. And you can choose between the standard 7-½” long length or an 8” length. At 1-¼” wide the larger Limited Edition “Connection” bracelet is valued at $150.00. And, it also comes in both the standard 7-½” length or the 8” length. 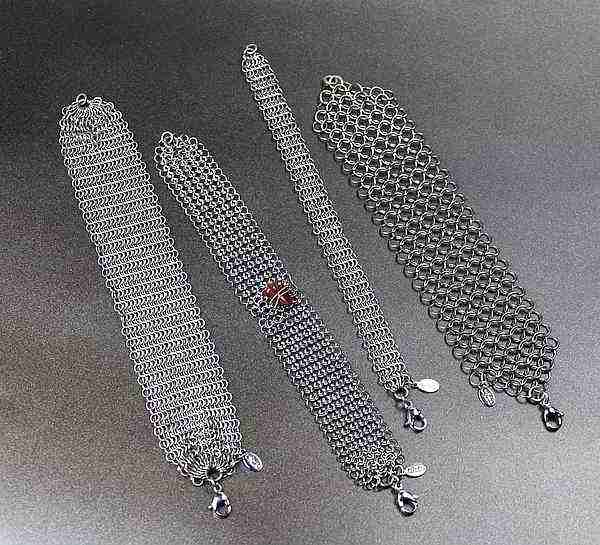 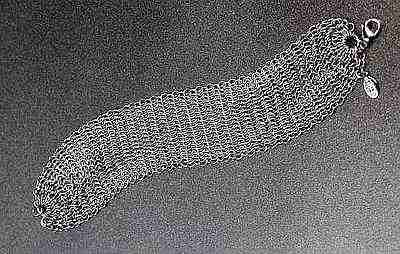 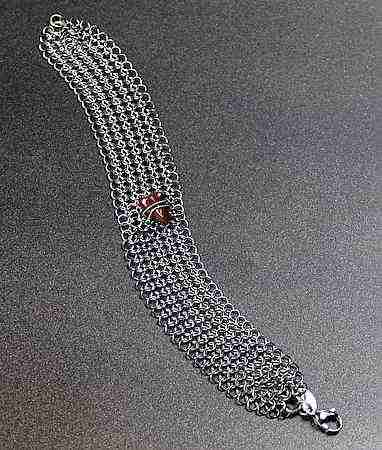 The Limited Edition “Egyptian Sunset” Bracelet got it’s title from the carnelian stone wrapped with sterling wire in the stainless Authentic Metal Lace. Carnelian was called the “Sunset Stone” by Ancient Egyptians. To them, carnelian was able to catch and reflect the heat of the sun; passing this energy on to its wearer. It’s also know to bring in protection, wealth, and wisdom. “Strangely Empowering”, right? It measures 1” wide and is available in both the 7-½” or 8” length. It is valued at $140.00. If you’re looking for some extra protection, this is the bracelet for you. Only 4 available!

The “Space Abounds” Bracelet is constructed with the largest ring of Authentic Metal Lace I use. You’ll find this Limited Editon bracelet maintains the soft, comfortable feel on your wrist along with surprising strength. It’s my goal to have you feel soft and strong at the same time!  “Space Abounds” measures 1-¾” wide and is available in both the 7-½” or 8” length. It is also adjustable as you can hook the lobster clasp into any ring in the material. With larger open rings it is valued at $130.00. Only 3 available! 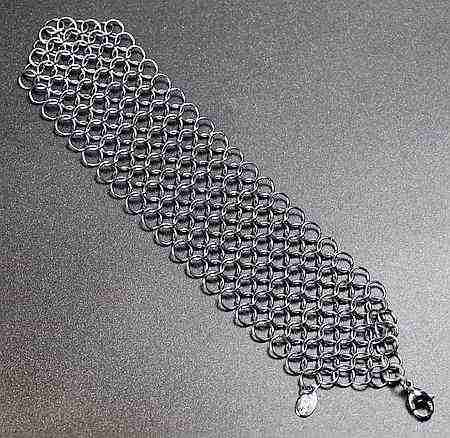