We are done with our travels for the year and so I’m getting caught up on all the things I had to let go during the year.  One of the fun things we did this year was a fashion show in Peoria, Illinois. It was a solo show for Elaine’s work, so we decided to go a little bigger. Instead of just having the models walk up and down the runway we decided to tell a story. We had a coronation, featuring a crowning ceremony and an after party with some very well dressed guests. We made props (a crown and staffs) and provided the music and, of course, the costumes. It was the debut for Elaine’s first full length gown, “Saga of Grace” worn by the very regal Sage Cramer as the queen. It was also the debut of a new skirt, “Blocks of Blue”, worn by Ghanay Gloude in her role as one of the royal (staff carrying) guards, the other played by Catalina (Cat) Rodriguez, as well as the debut of the gloves worn by Chanel Hermann. I want to thank you all, as well as all of the party goers and our man of the hour, Chris, as the Archbishop? Maybe not, but the one who placed the crown upon the head of the queen. Long live the Queen! Thank you all for being flexible, enthusiastic, patient and keeping your sense of humor.

It was a learning experience, always a learning experience. Music, choreography (such as it was), story, photography, hair, makeup, lighting, directing, organization, organization, organization. Although we never had a full dress rehearsal and many things didn’t come together until the last possible minute (breathe, just breathe), the actual show came off well. We found an excellent local photographer, Ricky Traughber to capture both the show and location shots afterward. His photographs are featured below. And even more on our photo page. 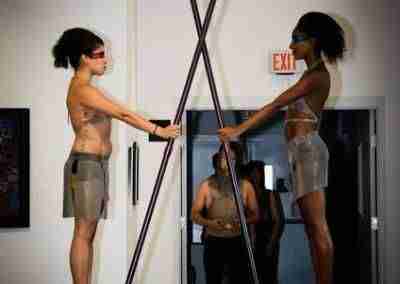 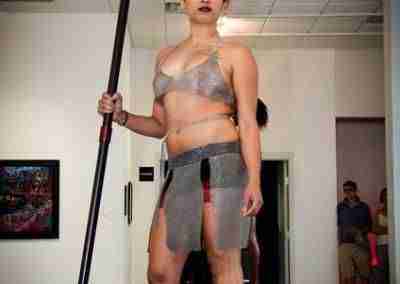 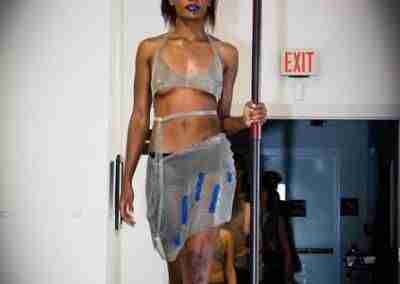 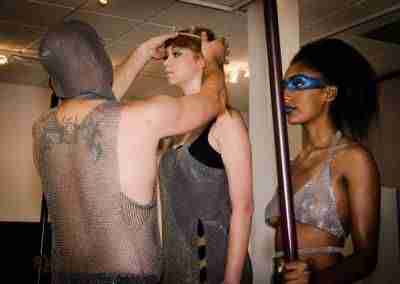 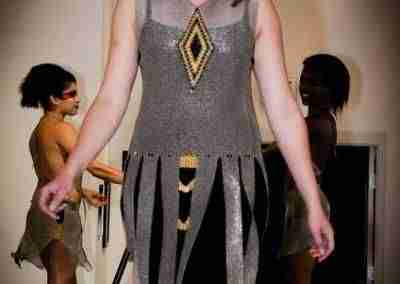 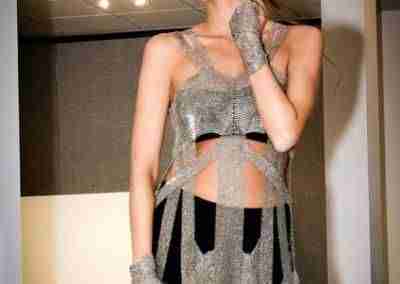 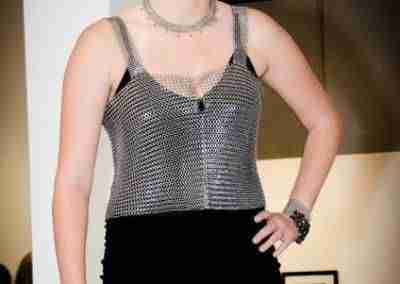 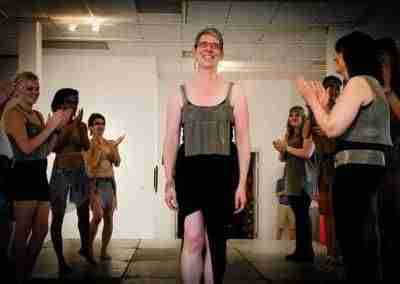